What is an IP67 and IPxx rating? What manufacturers need to know

IP67 is a specification that’s part of an international ratings system for ingress protection for determining how well an electrical enclosure can withstand penetration, or ingress, by dust and moisture.
Established in the late 1990s by the International Electrotechnical Commission (IEC) under its 60529 standard, the IP rating system (IPxx) initially applied to commercial, industrial, and military-grade parts and equipment. Exposure to dust and moisture can of course cause several problems, including corrosion, electrical shorts and shock, internal condensation, performance issues, and operational failure.
With the surge in popularity of consumer mobile technology, and the propensity of such devices to suffer mishaps due to water and dust, IP67 has become an increasingly widespread stamp of approval for consumers. Leading smartphone manufacturers, for example, regularly boast of their various devices’ robustness and resistance to water, dust, and dirt.
Let’s discuss further this specification, what it entails, and where it applies.

What is an IP67 device rating?

Any device rated to IP67, whatever its purpose or intended market, resists exposure to dust and withstands up to 30 minutes of submersion in water up to 40 inches (or one meter) in depth.
Electronic devices and components that are now commonly rated to IP67 standards include:
⦁ Automotive components
⦁ Phones
⦁ Laptops
⦁ Adapters, cables, and connectors
⦁ Gauges
⦁ Diving and underwater gear
⦁ Speakers
⦁ Watches

What do the IPxx rating numbers mean? 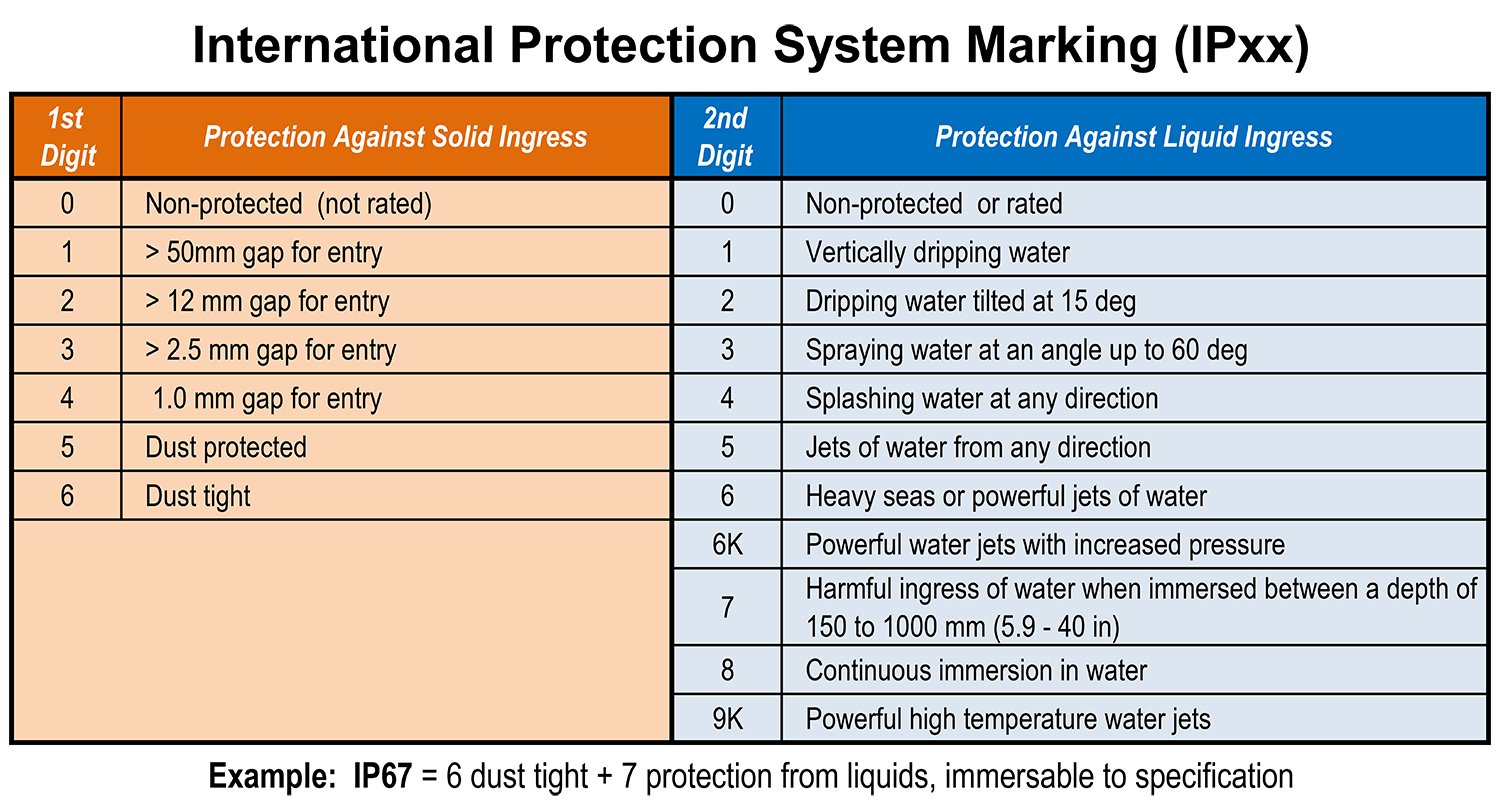 Testing for IP67 standards on the production line

As an electronics OEM, or as a manufacturer that may be operating in the supply chain of one, you are required to have an effective means of testing to the specification on your production line if your product is going to boast IP67 standards.

In this case, your business’ product quality, warranty cost, and overall reputation all depend on your ability to ensure your components are adequately sealed against contamination or leakage.
Manufacturers use various types of instruments for testing and to ensure compliance with IP67. Pressure decay, vacuum leak, tracer gas leak, and other methods are used to test seal integrity in a controlled setting.
By implementing the right ingress protection/leak testing method on the production line, you can determine:
⦁ How well your product performs and functions as designed to the ingress standards for dust, water, and other fluids
⦁ Product performance or quality issues
⦁ Ways to reduce waste/scrap
⦁ Methods for improving product reliability while reducing liability
⦁ Process control validations via test results

Read our next blog post to learn about the different methods for IP67 device or sealed component leak testing using measurable results to determine acceptable assemblies or failures.
CONTACT US TO DISCUSS IP67/IPxx LEAK TESTING
Share this on: