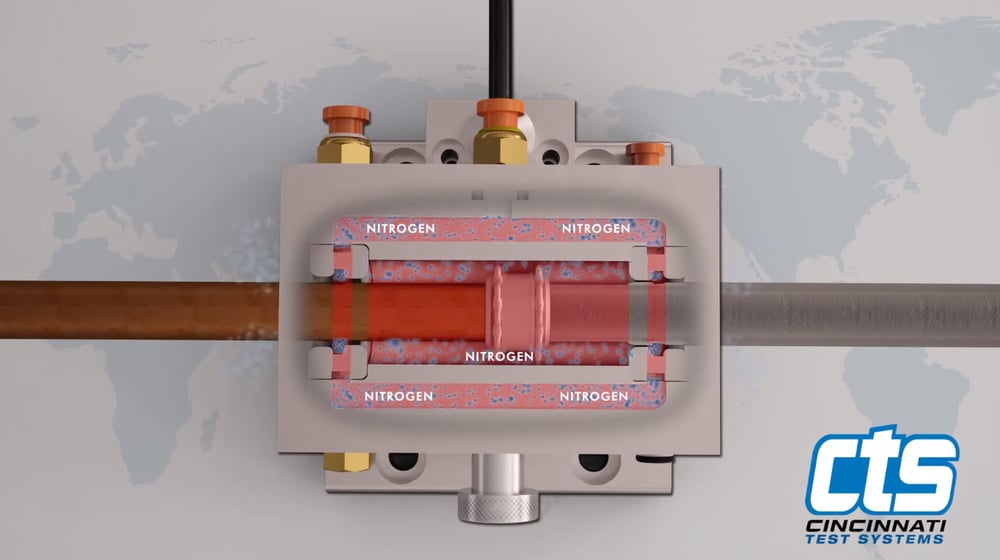 Every heating, ventilation, and air conditioning (HVAC) system should be free from leaks to be efficient and safe. However, leaks can be introduced into HVAC systems during manufacturing and assembly, and aging HVAC systems can develop leaks over time. Because many refrigerant leaks are small, they can be difficult to detect unless you understand the various strategies available for HVAC leak detection.

HVAC leaks have many different causes. They can be the result of vibration, such as in automotive air conditioning. They may also result from faulty seals, hoses, or valve fittings, or even just general wear. Ongoing pressure can also create HVAC leaks. Because of these varying causes, different tests may be required to determine the extent of a leak.

It’s a given that everything under pressure leaks, so you need to detect and measure HVAC leaks starting at the factory by testing key components and ensuring they don’t exceed maximum leak specifications. Micro-leaks—meaning leaks as small as 0.5 grams per year—can also affect HVAC performance, which is why you need more precise methods of leak testing.

Depending on the type of leak you are trying to detect, you have different leak test options.

For large leaks, the easiest and fastest approach is to use a bubble test. With a bubble or dunk test, you fill the part to be tested with air or gas and immerse it in water, then watch for bubbles. This is the most basic type of leak detection and will reveal larger leaks—typically 4.2 ounces (120 grams) of coolant per year or greater.

There are other simple ways to identify a leak in an HVAC system, such as oil spotting. Refrigeration coolant contains oil to lubricate the compressor, so if you see oil spots in joints, tubes, or near HVAC equipment, chances are you have a leak.

HVAC systems often develop leaks in the evaporator coil, making them difficult to detect. For more advanced and measurable forms of leak detection, you need a sniffer. A sniffer is a probe that detects the presence of tracer gas, such as leaking coolant. It is also an essential component in tracer gas testing, which is the most precise way to identify an HVAC leak.

Testing for HVAC leaks starts in the factory. Parts must be tested for potential leaks during the manufacturing process, including difficult-to-detect micro-leaks. The best way to find micro-leaks is using tracer gas testing.

If the presence of a larger leak is suspected, it is common practice to use a pressure decay test before using a tracer gas test. Looking for gross leaks in advance ensures that large amounts of tracer gas aren’t expelled during the leak test, as it could interfere with the test results. Many CTS customers use TracerMate II because it can control the entire testing sequence, starting with a gross leak test, ending with the tracer gas sequence, and all while searching for micro-leaks.

During a tracer gas leak test conducted by the TracerMate II, you will evacuate and fill the part with a pressurized gas—usually helium—and then use a mass spectrometer gas analyzer to detect any gas leaking from the part. Measuring the amount of tracer gas in a controlled environment over time provides the leak rate, which is communicated from the leak detector to the TracerMate.

A tracer gas sniffer test is the lowest-cost strategy for detecting leaks in HVAC parts because it can detect smaller leaks than pressure decay testing. Final assemblies can be tested using helium or forming gas accumulation testing and helium hard vacuum testing, which are both specific types of tracer gas tests. To test for leaks in fittings and brazed connection points, it is best to use a nitrogen purge test.

Nitrogen purge testing, also controlled by the TracerMate II, is ideal for testing subassemblies and attachment points in HVAC systems. Designed by CTS, this patented tracer gas leak test uses a clamshell that fits around the pipe or joint to create a nitrogen barrier around the fittings.

To test for leaks, the sealed clamshell is first flooded with nitrogen to purge any atmosphere and create a neutral test environment. The part under test is then evacuated and repressurized with a tracer gas, such as helium. The atmospheric chamber surrounding the seal then detects any helium leaking from the part into the nitrogen test environment using a mass spectrometer.

The nitrogen purge test is ideal for HVAC system testing because it is highly accurate and reduces false leak failures. It also can test for leaks as small as 0.5 grams of refrigerant loss per year. The clamshell design is available in stationary or handheld configurations, so it can test different HVAC systems.

There are many aspects to testing HVAC systems for leaks and many types of HVAC leak tests. That is why it's essential to understand how to measure the different types of leaks and micro-leaks that can occur when testing HVAC assemblies and components. Contact the experts at CTS to learn more about HVAC leak testing and find the right leak test solution for your application.

You can also download our complimentary guide, "Tracer Gas Leak Testing in the Manufacturing of HVAC/R Assemblies."