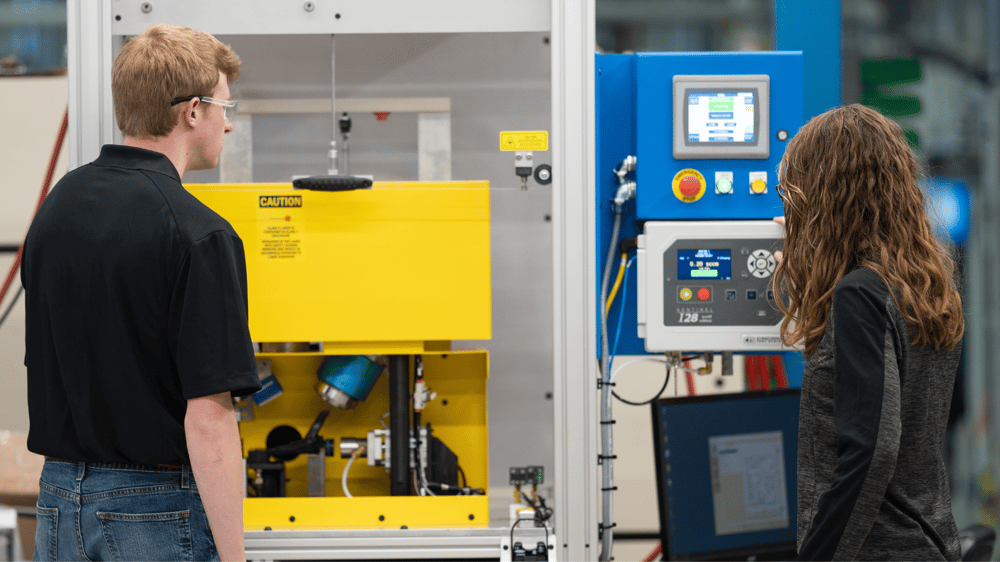 When testing parts, if your part-to-part volume differs by more than 5-10% or if you are testing a device that needs to accommodate fluid or air passing through it, chances are you need mass flow testing. Mass flow testing defines the rate of flow through a part or device and is typically conducted using a mass flow meter.

In leak testing, it is understood that everything leaks, so mass flow testing determines if the flow rate is within the specification for its application. Many industries—such as automobile manufacturing, pneumatic hardware, HVAC systems, and even medical devices—have equipment designed to circulate gases or fluids.

The question is whether the expected flow rate is sufficient for the task. Here are some of the basics to consider before venturing into mass flow testing:

What Is Mass Flow Testing?

When conducting pressure decay testing, part-to-part volume consistency is very important. If it is not consistent, your part to part test results may have low repeatability. If this is an issue, we look to mass flow testing as an alternative.

With mass flow testing, you pressurize the part to a set pressure and hold constant pressure on it. The test measures the rate of flow through a flow sensor as the part remains at constant pressure, so the results are instantaneous. The critical factor with mass flow testing is maintaining a steady pressure to yield a reliable result. For accurate testing, you want to set your test cycle time (e.g., fill time and test time) to accommodate the part with the largest volume. Only then can you establish stable pressure in the part and test the flow rate with repeatability. 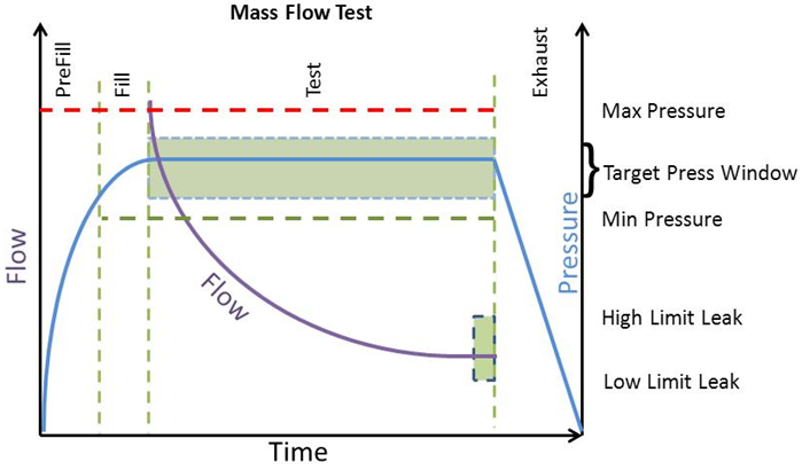 To conduct a reliable mass flow test, you need a regulated pressure source that can provide constant, repeatable pressure.

Mass flow testing is commonly used in parts that not only require flow but also have volume variations. For example, an engine assembly plant may produce engines for four-cylinder, six-cylinder, and eight-cylinder vehicles. The volume of each engine design may differ based on the intake, fuel system, and oil pan designs. Mass flow testing is the perfect selection when you don’t have a master calibration part available for each design or for accommodating repeatable testing when the test cycle is set for the largest volume part.

We also find that mass flow testing works especially well in a test lab. With mass flow, you don’t necessarily need to have a part for calibration. You can set up a repeatable test and get a direct measurement from the flow rate, even if you don’t have a master part.

There are limitations to mass flow testing. Mass flow testing doesn’t work well when you have small reject rates for parts. It also isn’t ideal for high vacuum applications, in which there is less air available to flow and measure. In general, low-flow tests with less than 0.5 psi air pressure or high-pressure tests over 150 psi are not typically suited for mass flow testing.

As with any type of pressure testing, there also are variables that can affect the results. Be sure you have a repeatable test pressure and a stable test volume (i.e., the part doesn’t expand under pressure). The test results will also be adversely affected by temperature and the quality of the source air. To get a reliable mass flow test result, be sure your test environment has clean air, consistent pressure, and a properly scaled flow meter that can give you the granularity you need from the results.

Unfortunately, we can’t go into all the nuances of mass flow testing in a single blog post. To get the best test results, you need to understand the proper applications, test procedures, and test limitations of mass flow testing. CTS experts are available to guide you in this process.